The number of attacks by militants reached a record level.

Russia has concentrated its troops close to the Ukrainian-Russian border in July to start the offensive in the Donbas.

Comments about this BBC News Ukraine, said Secretary of Council of national behike and defense of Ukraine Oleksandr Turchynov.

According to him, Pro-Russian militants raised the number of attacks to a record in recent times. They use forbidden by the Minsk agreements, artillery, tanks, jet systems of volley fire, and the shelling of the Ukrainian territory are carried out to a depth of 10 kilometers. In the end, destroyed civilian infrastructure and killed civilians.

“All this shows the preparation of the Russian military-political leadership of large-scale provocations and offensive actions that can realistically be started in July after the world Cup, which will be held in Russia”, – said Turchinov.

The US state Department stated that the level of violence in the conflict zone in Eastern Ukraine became one of the highest this year. The official representative of Department Heather Nauert noted that in the last week have killed 5 Ukrainian soldiers and 23 were wounded. From attacks also suffer civil. Neuert recalled that 13-year-old boy and his father was killed in government-controlled territory when terrorists attacked their house. Also received damage to the Donetsk filtering station.

From mortars and artillery fighters hit the positions along the demarcation line. Hot in the vicinity of Mariupol. There night fighters three hours to put about a hundred artillery shells. Fortunately, has done without victims. 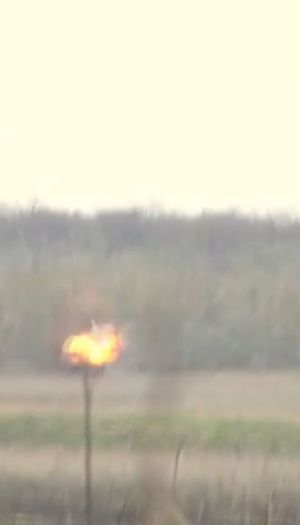