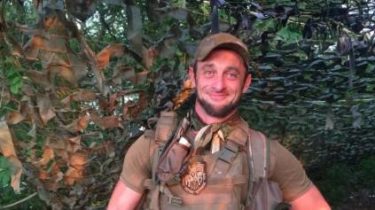 On the side of Ukraine a man for two years.

At Gorlovka by the Ukrainian military is fighting a former bodyguard of the leader of the militants “Motorola” Eugene Listopad.

“Eugene is convinced that the time has come to go forward, but not to attack the occupied city, and surrounding. In fact, in order to close the ring around Gorlovka, only need the order and a little time,” writes journalist Andrew Tsaplienko in Facebook.

One could expect sstri in the trenches near the Ukrainian Gorlovka is the personal guard of Motorola. Eugene November…

According to the journalist, Eugene ran away from the terrorist “DNR” in 2015, received a pardon and two years to protect Ukraine.

We will remind, “Motorola” was killed on the evening of 16 October 2017. According to preliminary information, it blew up in the Elevator of the housein which he lived. In the group “DNR” in the murder of Pavlov first accused “of the Ukrainian sabotage-reconnaissance group”.