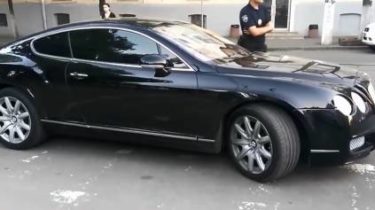 However, he is on the phone assured that the car sold by proxy.

In Kiev the driver of the Bentley managed to Park simultaneously at two pedestrian crossings on the hem, and then to quarrel with the cops and show obscene gestures to reporters. In the end, he received the decision on the fine of 255 UAH, says the story TSN.19:30.

Little journalistic investigation revealed that two years ago the driver of this car with the numbers АІ8888ІМ ransacked in the Parking lot and then petroclival tires in cars that are hooked. Through its own sources TSN found out that the car was registered to lawyer Igor Palamarchuk, he is 35, he has a private law practice and he is the brother of the notorious Deputy of the Kyiv-Sviatoshynsky district from BPP Alexander Palamarchuk. The Deputy that was attacked by the student directly to the district Council.

The Deputy confirmed that Igor Palamarchuk – his brother, but does it the closest relative of the dear Bentley Alexander does not know, therefore, advised to ask about it at Igor. Reporters went to the lawyer’s office Palamarchuk – this room is just 20 metres from the Svyatoshinsky court. But the owner of the office is not in place, and his phone did not answer. Then the man reached out via social media and announced that he had sold the car by proxy. Who was driving he doesn’t, but argues that strong and bald man behind the wheel – it is not. However, by law, the fine still get the one on whom the car is registered

Who he is the driver of an expensive Bentley that he had a fight with the cops at the hem, and then tried to run over the film crew of TSN and they showed the car window obscene gestures. Our journalists conducted their own investigation and found out many interesting and impressive facts and coincidences, the details next in the story. 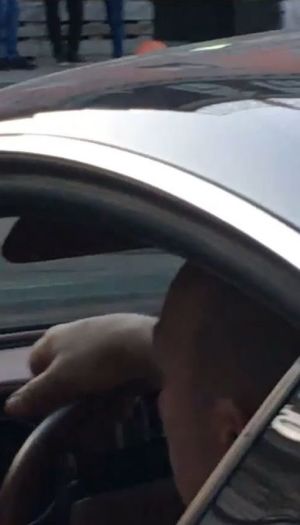