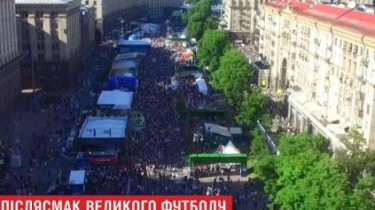 For reasons of safety of people on the territory of the fan zones is not allowed.

Khreshchatyk will be moving June 1. Today, may 28, early in the morning construction of the fan zones that were built two weeks specifically for the Champions League final, began to dismantle.

For reasons of safety of people on the territory are not allowed. The dismantling is conducted by the contractor UEFA. Promised to cope for four days. All other fan zone released yesterday.

In General, the final of the Champions League in Kiev was perfect, said the President of the Union of European football associations Aleksander Ceferin, founder. He noted that the League final is a massive one-day sporting event and take such a large number of guests – is not easy.

The mayor of Kiev Vitali Klitschko, in turn, thanked the national guard, police and security service for the fact that the football event of the European scale safely.

For reasons of safety of people on the territory are not allowed. The dismantling of the holding company – pogradeci UEFA. Promised manage for four days. All other fan zone released yesterday. 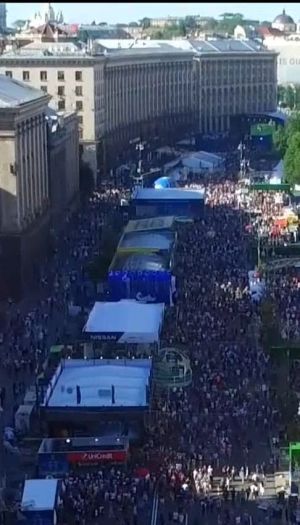