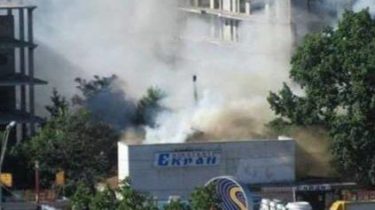 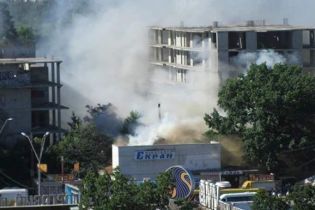 The school did not work.

In Kiev today, may 28, a fire occurred in the building of non-performing cinema “Screen” near the metro station “Zhitomir”.

Columns of smoke above the building is visible from afar. Video of the incident published in the “Kyiv Operational”.

The architect checked the shopping center in Kiev and were shocked by the violations. Rules of conduct during a fire

Metro Zhytomyrska, according to preliminary data illuminates the former cinema “the Screen”. No information on casualties.

Cinema “the Screen” was built in 1911. He was one of the first stationary cinemas of Kiev. Sessions it was until 2010.

As previously reported, on may 28, on the territory of Ukraine will prevail and emergency (grade 5) fire danger levels. In Kiev pojejena danger will be at a high level (4th grade).