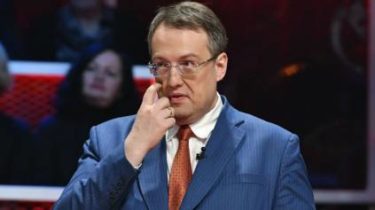 The MP considers it a high evaluation of its activities.

Basmanny district court of Moscow arrested in absentia of the people’s Deputy of Ukraine Anton Gerashchenko.

It is reported by RBC with reference to the press service of the court.

Measure of restraint is chosen for a period of two months from the date of extradition or detention on the territory of Russia.

Gerashchenko considers the decision of the Russian court high evaluation of its activities aimed at protection of interests of Ukraine against Russian aggression. The Deputy would not challenge the decision on its correspondence arrest.

“I do not see any sense in this, I consider this decision groundless and aims, primarily, to PR. This is an indication that the Russian authorities are trying in this way to bring to justice the most dangerous Ukrainian politicians who consistently maintained the struggle in defence of the interests of their country”, — said the Deputy.

Gerashchenko accused of involvement in “public appeals to implementation of terrorist activities, a public justification of terrorism or disseminating terrorist propaganda through the media and the Internet”. Criminal case against Ukrainian deputies in Russia opened in October 2015. It happened after he in social networks encouraged users to disclose known information about Russian soldiers who are in Syria.

Putin’s regime is aiming at those who cannot be broken or intimidated. Basmanny court of Moscow ruled in absentia…