The UN security Council gathers for meeting on Ukraine 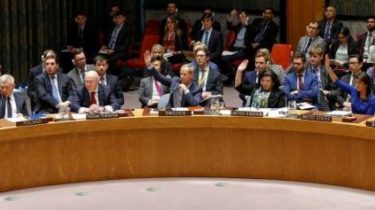 The UN security Council gathers for meeting on Ukraine

For the first time in more than a year the UN security Council will hold a meetingon Ukraine to be held today, may 29, in the evening, according to TSN.16:45.

In NYC is already foreign Minister Pavlo Klimkin. Among the participants of the debate in the security Council – Deputy Secretary General for political Affairs rosemary di Carlo, assistant for humanitarian Affairs Ursula Mueller and the head of the OSCE mission in Ukraine Ertugrul Apakan. On the agenda two major themes: the peacekeeping mission in the Donbass and the liberation of the Ukrainian prisoners.

In addition, Klimkin a number of bilateral meetings with foreign partners, starts his visit to new York with a symbolic laying of flowers at the memorial to the victims of the blue berets of the UN. After all, today is the international day of UN peacekeepers, which, I must say, in 2002, established on the initiative of Ukraine.

Meanwhile, Petro Poroshenko talks in Kiev with German counterpart Frank-Walter Steinmeier, said: hoped that in the near future the UN security Council will decide on a peacekeeping contingent in Ukraine. At least that waiting for the Ukrainian President.

Recall President of Ukraine Petro Poroshenko said that on June 1 in Berlin, will travel, the Deputy head of the presidential Administration for negotiations on the preparation of the summit in “channel format”.