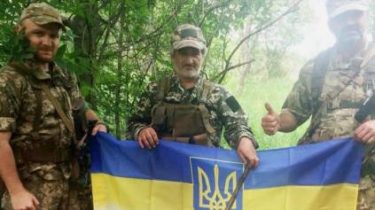 The RAID was carried out by the fighters of the 25th battalion “Kievan Rus”.

“The militants sitting in the dugout and drank. Ukrainian soldiers took the gun and left a “greeting” to the commander of drunken severskogo holding midfielder, which is probably in the near future will go “to the basement”. By the way, for the second time this enemy positions fighters of the 25th battalion returned with a captured machine gun,” said TSN journalist Andrei Tsaplienko.

Meanwhile, in the Donbas over the past day, were wounded six Ukrainian soldiers.