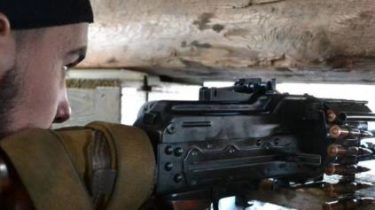 For Wednesday, may 30, on Donbass fighters 28 times opened fire at positions of the Ukrainian army, in nine cases, with the use of heavy weapons 122-mm artillery, 120-mm and 82-mm mortars. The fighting continued on all fronts.

“During the fighting, two of our defenders were injured. Wounded urgently evacuated in hospital, to their life threatens nothing. According to intelligence reports, the enemy’s losses over the past day amounted to two invaders killed and four were wounded”, – stated in the summary of the press center of the joint forces.

In Luhansk, the most tense was the situation in the Crimean and Novotoshkivske. In Donetsk direction of the active defensive actions of the units of the joint forces were in the areas of zaytsevo and Novotroitsk. Fighting continued in Mariupol direction, near Chermalyk and Hnutove.

“During the night the current day, may 31, the intensity of the fighting decreased. Continued fighting with only small arms. As at 7.00 a.m. there are no losses”, – stated in the message.

Meanwhile, in the Donbas near the patrol of the OSCE explosion.