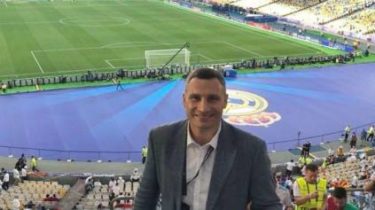 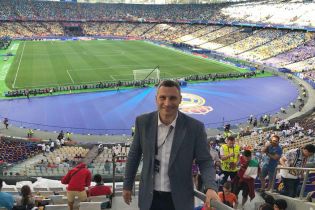 On the final day guests were left in hotels and restaurants about 50 million.

The most important three pluses for Kiev, may 26, took the Champions League final, is a tourist attraction, more money in the city and promotional advertising for the capital of Ukraine.

“We all could have done. All those who came to us, was impressed and pleased, all the people of Kiev satisfied. Moreover, UEFA President Alexander Ceferin, founder commended for our city host the final of the Champions League,” – said Klitschko.

Only on the day of the final guests of the city were left in cafes, restaurants and hotels about 50 million.

“Our experts believed only on the day of the Champions League all those who came to us, left in Kiev, about UAH 50 million in hotels and restaurants. The celebration took place a few days, so the money in the capital left much more. But we can’t calculate the money – the big push we gave the Champions League final, all over the world half a billion people watched it. And as I said, UEFA President Aleksander Ceferin, founder, at least half of the people who visited Kyiv will visit us again. But my goal is for every person who comes to Kyiv, I left here with a desire to come back here again. We money can not calculate the thrust that gave us the Champions League final. The mission of the mayor is to do as many events – cultural, sports, such as “Eurovision”, as the Champions League final. In September in Kiev will host a Congress of the WBC (world Boxing Council) and international stars of Boxing will arrive in Kiev – Tyson, Holyfield,” said Klitschko.

The mayor is happy, as during the Champions League final worked the utility. For example, in the Park named after Shevchenko in the capital was the fan town of Liverpool. In the evening there lay the heaps of garbage that on the morning removed.

“I can say, as someone who spent a lot of time abroad, that nothing extraordinary happened. The situation is the same in Amsterdam and in Hamburg and in Berlin. A large crowd of people – unfortunately, there are situations where a lot of garbage. But it is the task of public services to make it all quickly removed. We did – and no questions,” – said Klitschko.

He thanked the law enforcement agencies – emergency events during the Champions League final did not happen.

The infrastructure of Kiev was prepared to meet the football fans, however, were not enough places in the hotels.

“A large number of foreigners who have arrived in Kiev, complained that the prices rose. Well, it is a common practice all over the world, where the world Championships. But not enough beds for all who wanted to stay. In our town of about 25 thousand beds (in hotels). This is not enough for the number of tourists who came to us”, – stated the mayor.

Recall thatthanks to the Champions League the airport “Borispol” broke its own record for passenger numbers.