Klitschko postponed the launch of the e-ticket to Kiev 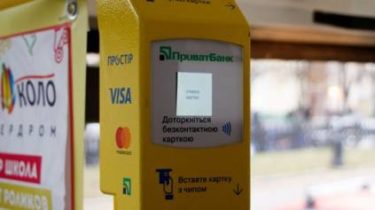 Klitschko postponed the launch of the e-ticket to Kiev

According to the Deputy mayor, in July will begin testing only on some routes.

The launch of e-ticket in Kyiv will take place at the end of the year.

This was stated by first Deputy Chairman of the KSCA Nicholas Poworoznik.

“Sometimes we are misled, claiming that the electronic ticket can be implemented in 5 months. Actually it is not so, because this is quite a serious process. And the question is not only installing equipment, but in setting it up. And this is a huge amount of work. All about money and security. In July we will start testing the e-ticket on certain routes, hopefully before the end of the year run it – maybe not in the industrial and research operation in all modes of transport,” he said.

According to Povoroznik, the introduction of e-ticket is a part of the monetization of benefits.

Recall that the e-ticketing system will be common for “Kievpasstransa” and “Kiev underground”. The metro will connect to it after upgrading the technological base. According to the European Bank for reconstruction and development, in the cities of Western Europe losses during the collection of the revenue in public transport thanks to the electronic ticket is 2-3% in Eastern Europe 2-7%. In Ukrainian cities losses of 25-40%. First and foremost, this is due to the use of paper tickets, the human factor and the lack of automatic registration of beneficiaries. The introduction of e-ticket will solve this problem, members of the city Council.

We will note, earlier the mayor of the capital Vitaly Klitschko predicted that the launch of the electronic ticket in the framework of the Kyiv Smart City will take place until mid-2018.