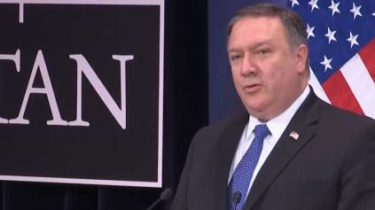 U.S. Secretary of state met with the foreign Minister of Hungary.

US Secretary of state Mike Pompeo said about the urgent need to help Ukraine because of the threat of Russian aggression.

He said this during a meeting with the Minister of foreign Affairs of Hungary Peter Szijjarto in Washington, reports “Voice of America”.

According to Pompeo, it is important to ensure and support the cooperation between Ukraine and NATO and to resist the hostile influence of Russia in Central Europe.

Recall that Hungary is the third time blocked a meeting of the Commission Ukraine-NATO at the Ministerial level. The Hungarian authorities explain that in this way they put pressure on Ukraine, demanding a revision of the language norms of the education act. Budapest is convinced that the law has significantly limited the rights of national minorities to use their native language.

Yesterday, after a meeting with foreign Minister of Ukraine Pavlo Klimkin, Szijjarto said that Hungary will unlock language negotiations with Kiev and proposed to create an intergovernmental working group on the resolution of the dispute, in which Budapest is not interested. According to Klimkin, June 5 the Ministry of education of Ukraine will hold consultations with representatives of the Hungarian community regarding the language of articles in the new law “On education”. 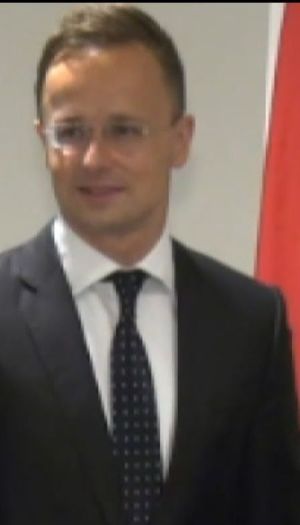