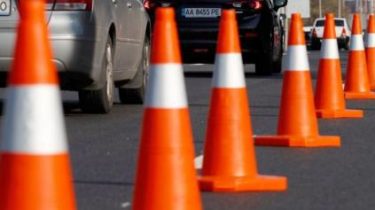 He told what objects are finished repairing.

In Kiev this year will repair the maximum number of roads from the planned volume.

This was announced by the mayor of the capital Vitaly Klitschko on air of the channel “Kyiv”, reports “Interfax”.

“The maximum number of roads from the planned volume has to be repaired during the summer period. And they all have to meet European standards,” he says.

According to Klitschko, in the capital have already completed the repair of the streets of Vladimir, Prospekt Pavla Tychyny, Bulvar Akademika Vernadskogo. Street Yaroslav Val is covered with a lower layer of asphalt completed work on laying the top layer on the street Helen Teligi.

Klitschko said that on Eleny Teligi overhaul has not been done since 1977, although this should be done every 8-10 years.

“We opened Naberezhne highway. Everyone noticed how much more comfortable I began to move along the new road. Five years warranty the contractor gives. If at that time will be revealed some deficiencies, at their own expense it will repair problem areas,” says the mayor.

Vladimir Omelian: Dnipropetrovsk oblast became the leader in the repair of state roads

We will remind, in the capital as at 18 may, work continued on 14 projects of reconstruction and capital repair of roads.