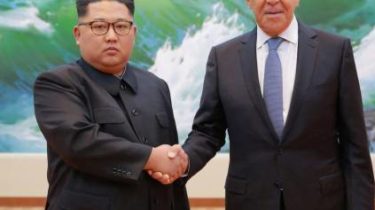 In fact, the leader of North Korea was not smiling.

In the program “Vesti of the week” the Kremlin’s chief propagandist Dmitry Kiselev, released on 3 June on the channel “Russia 1”, the North Korean leader Kim Jong Ynu “drew” a smile.

Kiselev told about the meeting of Minister of foreign Affairs of the Russian Federation Sergey Lavrov and Kim Jong-UN, when behind him there were photos with politicians. It the North Korean leader smiles, shaking hands with the Russian Minister. But on the original photo on the face of Kim Jong-UN smiles no.

In the images match facial expressions Lavrov, as well as the position of the hands of opponents, the angle and the background. 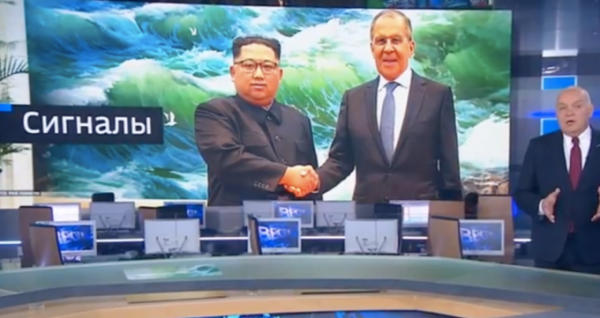 tjournal
A screenshot of the program “Vesti of the week”.

Interestingly, with the meeting of Kim Jong-UN and Lavrov have pictures, North Korean leader smiles. For example, when they meet in the hallway or shaking hands after negotiation. However, posing for journalists, Lavrov smiles only.

What the editors of the “News week” changed the photo in the story is unknown.