Militants from guns fired at Talakovka. The situation in the Donbass 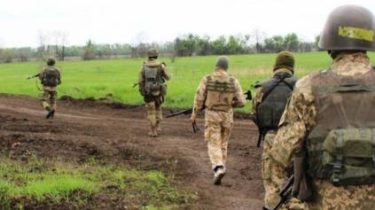 Militants from guns fired at Talakovka. The situation in the Donbass

Sunday, June 3, on Donbass fighters of 27 times fired at positions of the Ukrainian army and settlements. In four cases, used heavy weapons – artillery caliber of 122 mm, and mortars of a caliber of 120 mm and 82 mm.

“The situation in the area of operations of the combined forces remained controlled. The most active fighting continued in the areas of the settlements Avdiyivka, Novotroitsk, Hnutove, Lebedinskoye. Foreign troops were active in the defense and give appropriate response for the entire line of contact,” reads the summary of the press center of the joint forces.

Losses among the Ukrainian soldiers there. According to intelligence reports, was destroyed by a single action.

“Current day 4 June, the situation on the contact line remains unchanged. At about 04:30 the enemy used 82-mm mortars near the village of zaytsevo and in such provocative actions received the adequate answer”, – the press-center.

Meanwhile in the South, they found more than 360 of explosive devices.