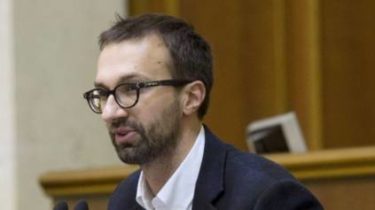 Detectives will check to see what he was talking about the MP in August of 2016.

Detectives of the National anti-corruption Bureau received access to information about mobile talks people’s Deputy from BPP Sergey Leshchenko in the case of purchase of apartments in the center of Kiev.

The corresponding decision was made the capital of Solomensky district court on may 29, the document published in the Unified state register of court decisions.

“To provide the detectives NAB Rack Ivan I. Marchuk, Alexander Leonidovich temporary access to documents that contain secrets protected by law and are owned by ZAO “VF Ukraine” with the possibility of withdrawal (to be cut) according to the information available via subscription NUMBER_1, namely regarding the date, time and duration of the input and output of telephone connections, time and date of incoming and outgoing SMS messages with a link to the repeater and bind to the base stations and their addresses, numbers of counterparties for these compounds, as well as the address of the location at the time of each incoming and outgoing connection, identifier (IMEI and M), with the zero of the calls, date, time and duration of provision of the service a worldwide system of shared Internet access for the period from 01.08.2016 for 10.09.2016″, – stated in the decree.

Unknown said the house, which bought the people’s Deputy Serhiy Leshchenko, a plaque with the inscription “In this house bought an apartment for 7,5 million hryvnias journalist and fighter against corruption”. And below the list of sponsors which, in the opinion of the authors of the inscriptions helped a woman with money. 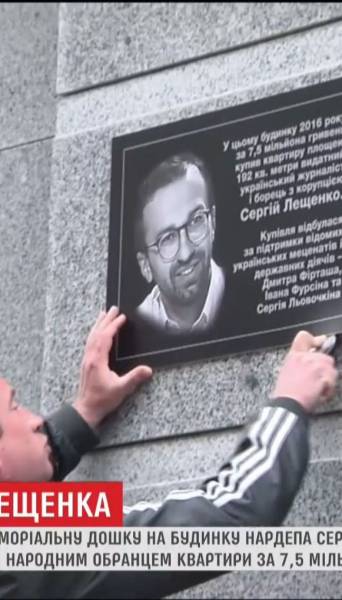 According to the materials of the case, Leshchenko said that to buy an apartment worth 7.6 million hryvnia were lent to 3.77 million from Лица_4 (head of the Internet edition “Ukrainian truth” Elena Pritula) and 2 million have Лица_5 (Vladislav Endrzhievskiy).

In turn Pritula and Andrievsky confirmed his testimony.

At the same time, the NAB asked the court to provide access to information about mobile talks Leshchenko in the period from 1 August to 10 September 2016 to ensure complete pre-trial investigation.

The investigating judge Vadim Senin granted the request of the Bureau.

We will remind, earlier there was the scandal around luxury apartments Leshchenko at a cost of 7.5 million. The politician explained that the apartment was bought with part of the savings as co-founder of “Ukrainian truth”, the loan from the founder pack Olena Prytula and money his lover Anastasia topil’s’ke.

As at the date of acquisition of the property by the MP, he received a gift, the cost of which in 1307,43 times higher than the minimum wage (the total amount of discounts amounted to 1 million 801 thousand UAH 648). However, the size of the gift, provided “the Law of Ukraine on state service”, exceeded the minimum wage in 1307,43 times and amounted to 1 million 801 thousand 648 USD.

Subsequently, the Parliament has removed on video as a woman running away from a representative of the National Agency for prevention of corruption, which tried him to read the appropriate Protocol on adminnarushenii.

“Housing case” Leshchenko was closed on 15 February. National anti-corruption Bureau again undertook to check the purchase of the apartment and the MP began a preliminary investigation into possible illicit enrichment in April 2018.