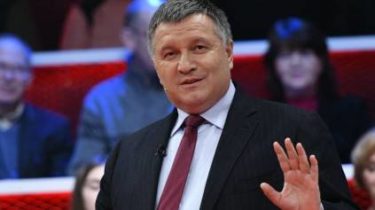 The Minister believes that the law must be taken before liberation of the occupied territories.

The Minister of internal Affairs of Ukraine Arsen Avakov said about the need for the adoption of the law on collaborators and of the Amnesty law in the context of de-occupation of certain regions of Donetsk and Lugansk regions.

His vision of laws podelilsa Minister on his page in Facebook.

“Collaboration cannot be left without punishment. But the punishment must be selective and multiple levels. The law should include a clear definition of criminal acts and unambiguous list of the categories of persons falling under its scope”, – said Avakov.

“Once betrayed…” What awaits the Crimean traitors and collaborators

According to the head of the interior Ministry, criminal penalties should be “people who consciously collaborated with the occupiers, part of the authorities contributed to the capture of the territories, who fought on the side of the invaders, who have committed a criminal offence against the Ukrainian military and the civilian population.” Are due to the management “DNR” and “LNR”, people who fought against the Ukrainian army and national guard, those who have committed serious crimes.

Avakov also offers a law to ban a citizen, the court recognized collaborator, be elected and hold office in bodies of power and local self-government, to be public servants. However, if these people contributed to the restoration of state sovereignty of Ukraine over the occupied territories of Donbass and not committed serious crimes, according to the Minister, they need to mitigate criminal liability or exempt from it.

The interior Minister insists that in parallel with the Law on collaborators must be adopted by the Amnesty Law, under which action will be taken “most of the population survived the occupation, all those who are held hostage by the aggressor or were forced to work in institutions and organizations in the occupied territories.”

“Most of the survivors of the occupation of the victim or forced participants in the process of collaboration, which should be amnestied, with consistent restoration of all civil rights and freedoms”, – said Avakov.

“This is a fundamental point: it is in any case should not go on “sweeps” or repression against the civilian population – the people, the will of the aggressor caught in the occupied territories!”, – he adds.

“We cannot allow a period of legal uncertainty – this will scare people and create the opportunity to spread fake news and rumors from hostile propaganda. In addition, we can not allow “courts Lynch” and “witch hunt” when can innocent suffer”, – said Avakov.

COLLABORATIONISM AND AMNESTY. THE NEED FOR PUBLIC DIALOGUE. The de-occupation of certain regions of Donetsk and Luhansk…