#naesimo: Sentsov responded to the message that was created by the Ukrainians in the framework of the flashmob 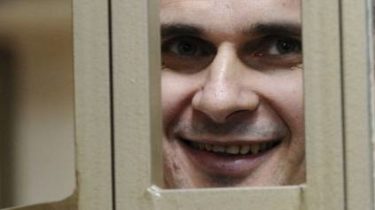 #naesimo: Sentsov responded to the message that was created by the Ukrainians in the framework of the flashmob

Ukrainian Director Oleg Sentsov, who are illegally prisoner in Russia, responded to the letter written him by the famous Ukrainians in the framework of the flashmob #napolitamo.

“Hi, Andrew! There I often think of you and your shows! Chose good movies and was able to create a cool atmosphere in your club. Hope he is still there and I visit there! Herman died a long time ago and of course I knew about it and mourned the month I had it on FB on the main avatar went like it sounds. And the screams will eventually become even better, and the case before him is required to reach.

“Thank you guys for what you do and for what he did in Crimea. Thank you for your support and kind words! See you in Kiev for a beer! :))

“Ahtem, Hello! I remember you, remember we at the festival were not only in one contest, but one team in football and lost in the finals, remember?

I stood at the gate, you attack. Watch here for your creativity, success and very happy for you! Keep it up! Anna palenchuk wrote that you’re ready to film my play. I would be very happy! It will need a rally of support from you. Business, not only the word.

I embrace you, my brother of the Crimean!

Ukrainian Directors and actors, artists and athletes have joined the TSN project in support of illegal prisoner Oleg Sentsov. A word in defense of the Director said, and Ukrainian actor Anatoly Hostikoev. 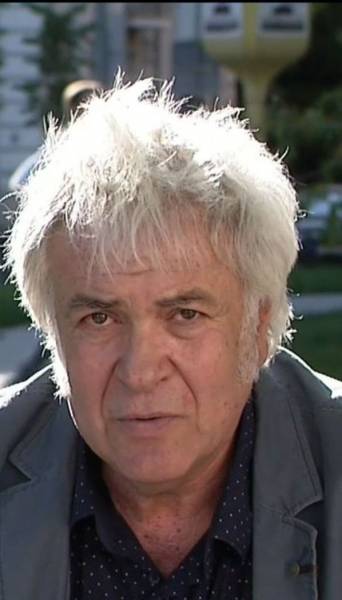 “Rima, Hello! I certainly remember you in Truskavets. You don’t know, but then the actor Vlad that was with me, I lost the argument and have to dance Ukrainian dance, danced then you. Not danced until now. I’m glad that Hamer came to you, I do not say that it is a play with a long finish. I know about your involvement in the reading Rooms. You looked good on the 6th, sorry for that small role, for you, I would have expanded. Know about dress at the FESTIVAL. Thank you for this! Good luck with new work! And Labytnangi from your childhood — it’s a coincidence, although you know there are no coincidences!

Earlier in the protection Sentsov expressed famous cultural figures. In particular, the lead actor in the movie “Cyborg” Vyacheslav Dovzhenko called to value human freedom. “The most valuable thing a man can have – it’s a life that Oleg is now in danger by stipulating to release all political prisoners who are there. I find it unacceptable in the XXI century, so we returned to the 30-ies of the Soviet system. We have no right to remain silent,” he said. And the singer, the leader of the group “Okean Elzy” Svyatoslav Vakarchuk called Oleg Sentsov conscience of our generation. “I don’t know you, Oleg, personally, but I dream to shake hands with you” – confessed musician. 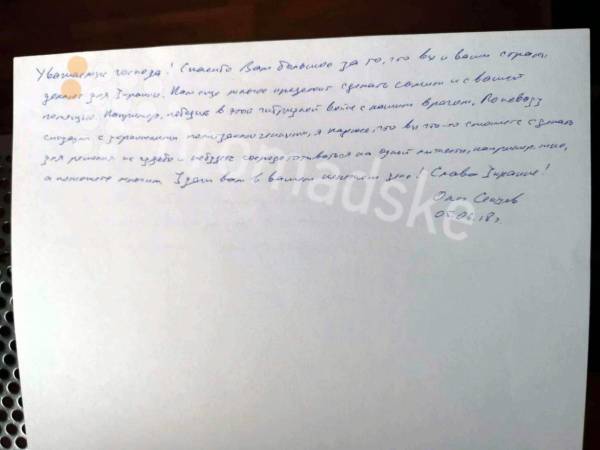 As previously reported, 25 August 2016 the Ukrainian Director Oleg Sentsov was sentenced only to 20 years imprisonment in a strict regime colony. He was accused in Russia of preparing to commit terrorist acts in Simferopol, Sevastopol and Yalta. May 14, 2018 Sentsov announced an indefinite hunger strike. The only condition of termination is the dismissal of all Ukrainian political prisoners who are on the territory of the Russian Federation.

On may 28, the Federal service of execution of punishments stated that Sentsov has agreed to supportive therapy. This information was confirmed by the lawyer of Ukrainian Dmitry DNSe.

May 31, Ksenia Sobchak said that he had a conversation with Sentsova video. He looked thin and pale, he dropped two teeth because of the hunger strike. Doctors who follow the state of health of the political prisoner, warned that after 30 days of fasting he will pour to the nose of the nutrient mixture.