“Our two countries are tied in heaven.” In Toronto I first direct flight from Kiev 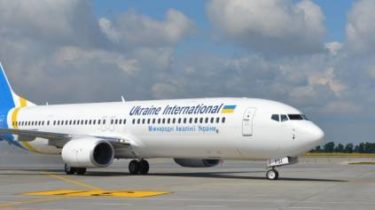 “Our two countries are tied in heaven.” In Toronto I first direct flight from Kiev

Flights in the summer will be operated three times a week.

It is reported by the Embassy of Ukraine in Canada.

“Inaugural” flight should take off from the airport “Borispol” at 11:20 and arriving in Pearson international airport in Toronto at 14:35, the report said. In Canada, the aircraft will meet the Ambassador of Ukraine to Canada Andriy Shevchenko, the Ambassador of Canada in Ukraine Roman Vashchuk.

“We often say that our two countries are tied to the sky. Now have tangible proof. For canadian or Ukrainian businessman, student, tourist, this means convenience – Canada becomes one of the wing-beat” – quoted Shevchenko, the press service of the diplomatic Department.

It is expected that the first UIA to Toronto arrive UIA President Yuri Miroshnikov, and a group of representatives of Ukrainian tourist companies.

According to MAU, weekly will be 3 flights Kiev-Toronto during the summer period (Monday, Wednesday, Saturday) and 2 in winter.

Pearson international airport in Toronto – the largest airport in Canada with a capacity of 4 million passengers (2017).

We will remind, in August 2017 Ukraine and Canada launched free trade between the two countries.