The IMF commented on the dismissal of Finance Minister danyluk 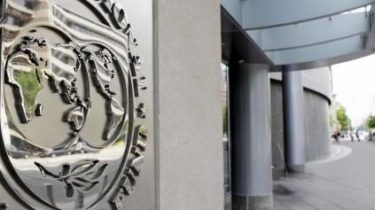 The IMF commented on the dismissal of Finance Minister danyluk

The Fund is concerned about the future role of the Ministry in shaping fiscal policy.

For Ukraine it is important to maintain the leading role of the Ministry of Finance in the formation of fiscal policy after the dismissal of Alexander Danilyuk.

This was stated by the Director of the press office of the Fund, Gerry rice, during a briefing in Washington, writes “UKRINFORM”.

“We do not comment on personnel issues relating to individual personalities, but we expressed concern about possible changes in the institutional role of the Ministry of Finance (Ukraine – approx.ed.)”, – he stressed.

According to rice, danyluk as Finance Minister was directly involved in the negotiations with the IMF was “a strong supporter of reforms.”

“In our view, the Treasury is expected to maintain its leading and decisive role in the formation of approx.ed.) fiscal policy”.

We will remind, on 7 June , the Verkhovna Rada dismissed the Minister of Finance Alexander danyluk. The decision was supported by 254 deputies.

Subsequently, the media reported that the President of Ukraine Petro Poroshenko is already the candidate for the position of head of the Ministry of Finance.