The damages to the state in 153 billion. Looks like a top corruption in Ukraine 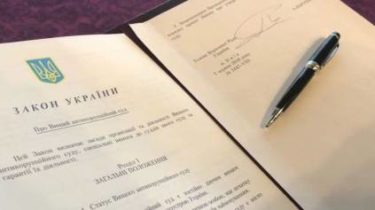 The damages to the state in 153 billion. Looks like a top corruption in Ukraine

© The Verkhovna Rada Of Ukraine

Economists said the loss of billions of dollars because of corruption.

In all criminal proceedings, investigated by the NEB now, the amount of damage the state is 153 billion. For comparison the government for repair of roads this year have allocated 47 billion. While not considered imbued with corruption money in cases that have already gone to the courts. The amount was considerably less than 7 billion 272 million UAH. However, for them, lawyers are officials of the highest rank fight to the last.

According to the head of the Specialized anti-corruption Prosecutor’s office of Nazar Golodnitsky, people in robes contribute to them. “There is a reluctance to hear cases against top corruption. There is a delay. The last court session was not held due to the lack of light in court. Intentionally or unintentionally – this is a rhetorical question”, – he said.

Roman Nasirov not simply want to go to jail. He seeks not only to return to the main chair of the fiscal, but has dreams of another presidential. However, now his seat is a bench trial. He is suspected of causing damage to the state three billion hryvnia, and it is considered the largest fish caught on a hook of anti-corruption bodies. However, the dexterity with which you listen to this in court, gives all the chances from that hook to jump. Moreover, the meeting extremely rare, they have six months alone to read the indictment, and the others listen to him. There were 500 pages and approximately twenty months of reading.

Another corrupt leader top is escaped people’s Deputy Oleksandr Onishchenko. For his gas schemes, the state lost, according to the investigation, more than two billion hryvnia. He now lives in a Villa in Spain and said that was not acting himself and has a film with even more evidence on top of corruption in Ukraine.

In Kiev continues in absentia proceedings. The meeting shall be appointed every two months, but they do not happen because the lawyers do not go to them.

“Over the past three years we have many times showed the society of arrests, suspicions, carpets with the money that people are already tired and he wants to see the sentences. I like some of the people, also want to see the sentences,” added Holodnitsky.

The only solution is anti-corruption courtthat will deal exclusively with the Affairs of the League. But that’s not the only proper sentences in the distant future, and more money now. And that’s a major reason for the adoption of this law. The decision about the anti-corruption court, in fact, traded for the next tranche from the IMF. And not only will this help to survive this fall, when the dollar starts going up again and, according to experts, stops at the level of 29 USD. The calculation is for the next two years, when Ukraine will have to pay for previous debts. If you calculate this amount by every person in Ukraine – will receive 25 thousand UAH. However, this does not mean that everyone has to get them out of his pocket to give. “We pay more taxes than we would have to pay. All the people who buy goods and services pay VAT and this is more than half of the total budget”, – says Vladimir Dubrovsky, the economist.

And here it is possible to understand people’s anger when the camera lenses get cases such as diamond prosecutors, strewn with money, square footage or network of tunnels, hammered gold, cash and jewels.

“Corruption is not only how much you stole. And how many did you give money to the economy,” said an investment banker Sergey Fursa, who believes anti-corruption court a sort of investment for the future.

“We have the biggest problem in the country is the absence of the rule of law and corruption. Consequently, investments here are not available. The normal rate for a country like Ukraine is the ratio to GDP of about 20%. We have now 1-2%,” – said the expert.

And it’s not some ephemeral money from the IMF somewhere in the accounts of the national Bank, which support our economy afloat. New jobs with white wages, taxes to communities and, as a result of the new road lighting and cosy parks. That is all what creates the quality of life of each of us.

This week adopted a law on the corruption court, which Ukraine has long been awaited by Western creditors. There will be able to punish people’s deputies of Ministers, heads of SBU, the GPU, the Prime Minister and even the President. In addition, thanks to this law Ukraine avoids default. More about the consequences – later in the story TSN.Week. 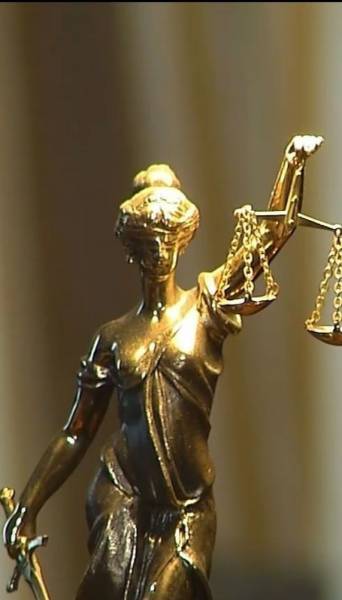