The war for municipal property. Why Kiev August 1 may be disconnected from the light and heat 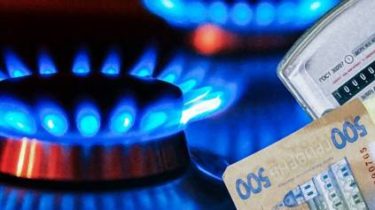 The war for municipal property. Why Kiev August 1 may be disconnected from the light and heat

In “Naftogaz” does not exclude the possibility that OBE chami “Kyivenergo” want to use.

Kiev was on the verge of technological disaster: millions of people in August, will remain without heat and light. The situation is so serious that the head of “Naftogaz” Vitali Klitschko calls for a public fight, says the story TSN.Week.

Heat and electricity in the main cities of the country supplies to Kyivenergo, the company, the major shareholder – Rinat
Akhmetov. That he still paid for household goods. The company owns two heat and power plants and many other infrastructure facilities.

Klitschko decided the property should be returned to Kiev, so I created a utility which should now be put to several millions of citizens heat and light. He took under his leadership, two CHP plants, boilers, pipes and wires. All property Kyivenergo, in addition to billions of dollars of debt that have accumulated the old owners over the past years. Now there is nobody to pay them, so since August, Kiev may be left without electricity and hot water at all.

On Saturday evening Andrew KOBOLEV were asked to explain what the outcome of this risky decision. He says: if Klitschko doesn’t pay the bills, the hostage situation, will and they both, and all of Kiev. “Imagine that you have leased to someone else, this other not paid to the company for gas, electricity and the like. It is obvious that the supply of services will not resume until you repay the debt,” – said KOBOLEV.

Kyiv Council at its session decided to get rid of debt in General and took a decision: the property Kyivenergo transferred all the assets, and the debt – no. “We expected that Klitschko and Kyivenergo will find a solution to this problem, a year has passed, and the problem is not solved. However, there is an attempt in an illegal way with these debts to say goodbye” – says the head of the NAC.

Videos, over a debt of “Kyivenergo”, Kyiv may be left without heat and light

Vitali Klitschko decided that the capital assets need to be returned to Kiev, and established a municipal enterprise which must now supply the citizens heat and light. Took under his leadership all the property “Kyivenergo”, in addition to billions of dollars of debt that have accumulated the old owners over the past years. And now pay them to no one, so since August, Kiev may be left without electricity and hot water. 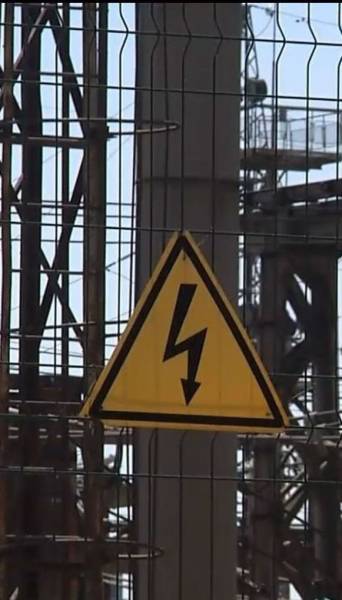 To deprive millions of people of electricity is already on the verge of national security challenge. Therefore, on behalf of the mayor, the situation started to comment on his profile to the Deputy. Peter Panteleev admits that the capital expects a complete collapse. “The prospect we are very concerned about. If the contract is concluded will not, stop TPP may lead to the fact that we will have power failures in the city of Kiev”, – warned the capital official.

Now the debt is around five billion recognized in the mayor’s office and specify that it is not only them.

“It is the duty of consumers to Kyivenergo has a part in household debt, is the debt of the state to “Kyivenergo”, and that the difference in rates of 730 million, as well as other components. So first of all you need to find out what is the debt to Kyivenergo, and what kind of debt we’re talking in the context of succession,” said Peter Panteleev.

One-third of the capital’s homes – without the hot water.

Yuri Gladyshev heads the Kiev combined heat and power, which are still accountable to Kyivenergo. But they have to inventory under the new enterprise. “You see, we have gas. CHP works. Until the first of August the station will operate stably without any problems. Thereafter, fixed assets are transferred to KP “Kievteplokommunenergo” and the question of supplies will be hanging on the head of KP “Kievteplokommunenergo,” – said Gladyshev.

While no warm water only where boilers have moved to a new company. He has so far, no licenses, no contracts for gas supplies. “In the boiler which proceeded to “Kievteplokommunenergo”, gas-free. They have not signed the agreement, so they can’t turn on and provide high-quality supply of the city,” – said Gladyshev.

The intentions of the Kiev leadership to take “Kyivenergo” oligarch can be called good and blessed at the same time. To manage the Kiev municipal property, which for half a century – only, if you have a lot of money for upgrades, as well as paying debts. Neither the mayor’s office yet. What the mayor of Kiev, is a mystery. However, “Naftogaz” has great and terrible suspicion. “Property “Kyivenergo” there are many who want to steer. The next step is to transfer this property to another company without debt. This explains such a high interest Klitschko to take this company without debt. During the year the company will again be exhibited at the competition and passed on to the private and the desire to pass it without debt, I see it so,” – said Andriy KOBOLEV.