Kiev metro will update a voice announcement in cars 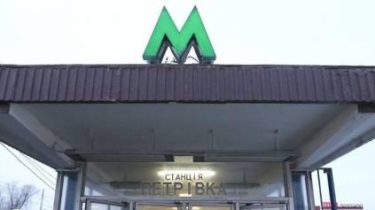 Kiev metro will update a voice announcement in cars

Kiev metro for a few weeks will change the record ads in the train cars.

This is stated in the press service of the subway.

Metro bridge in Kyiv could collapse at any moment unexpectedly – designer

“The need to rewrite the ad is long overdue. Was renamed the station “Petrovka” with “Pochayna”, speaker Mykola Petrenko, with whom the company collaborated previously, gone, some texts require changes and modernization”, – stated in the message.

It is noted that the recording of new ads attracted a multimedia company with a sound, dubbing and titration “tak treba Production”.

“After reviewing several proposals we realized that it is better to contact the professionals and market leaders in this segment. The company agreed on long-term social project with metro on a free basis,” – added the press service.

Basic Ukrainian content has already been created and you can hear the trains for the past two weeks. The first line, where there will be new announcements, will be the blue line. The English version of the ad will continue to run the native speaker.