The psychiatrist said, some people are prone to suicide 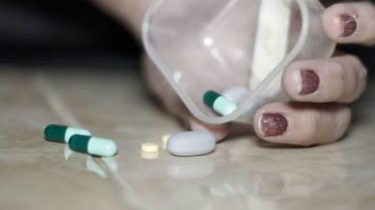 The psychiatrist said, some people are prone to suicide

For a person with mental health problems family should be discharge, psychotherapy.

The whole world is discussing the cases of suicidethat have occurred over the past week: famous designer Kate spade, a popular American TV host and foodblogger Anthony Bourdain, sister of the Queen of the Netherlands INES Zorreguieta.

Kate spade was on the verge of divorce, before his death left a note in which she asked the daughter not to blame yourself and to ask my father. How to recognize suicidal tendencies in the Studio “Sedanca z 1+1” said Mr. Shepherd, a psychiatrist Kyiv clinical hospital at the railway transport №1.

“What a family is for a person who has a psychological problem or mental? Is psychotherapy discharge: “what I’m tired, let’s sit, rest, sex and so forth.” Charged with artificial smiles, legwork, responsibility and so on, not having the discharge, and Kate spade already apart from her husband lived, for a woman it is a very traumatic situation that was the last straw for suicide. Recipe – support for family and see the depression in his eyes, as if to say “I’m sick of it,” says the psychiatrist.

The psychiatrist told me what diseases can cause thoughts

Foodblogger Anthony Bourdain was injecting drugs, this dependency was chasing him, says the doctor.

“These people are emotionally vulnerable due to the fact that came to where I constantly have to demonstrate. Another question – have they something began to resolve, without any drugs, began to compensate for problems that since childhood each entails. We bribe these attributes – “smiles and millions of” but their vulnerability remained – they were heavily competing with each other, worry about ratings,” says Shepherd.

Whether in the Verkhovna Rada psychiatrist: members shared thoughts about their own adequacy

A popular edition of The New Yorker dedicated to the topic of suicide an analytical article titled “Prevent this tragedy”. Her psychiatrist Victor Schwartz argues that suicide is a consequence of the unfortunate life circumstances that are amplified by mental health problems.

“I do not agree with the fact that this is a coincidence. I would say that this coincidence of those circumstances with which man cannot cope. The important point is to see the tendency on time. People give signals via social networks or talking and can not hear them. Need to see, to pay attention and assist. In General it is necessary to remember that suicide is an irreversible solution to temporary problems,” – says the doctor.

Escape from reality and breaking. The psychiatrist talked about the horrors of Internet addiction

An epidemic of suicides among the rich and famous designer Kate spade, a popular American television host and foodblogger Anthony Bourdain, the Ukrainian Director Leonid Kanter. What makes famous and rich people such a desperate step and can prevent suicide, said Oleg Chaban – doctor of medical Sciences, psychiatrist of the Kiev hospital.