The financing of terrorism and racial discrimination. What Ukraine accuses Russia court of justice 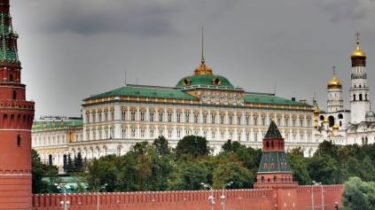 The financing of terrorism and racial discrimination. What Ukraine accuses Russia court of justice

Kiev filed a Memorandum in the case against Russia in international Court of justice.

“The Memorandum demonstrates the brazen and comprehensive Russia’s attack on human rights and international law on the territory of Ukraine, as well as huge losses suffered due to such acts of the Ukrainian people and the whole world”, – said in a statement the Ministry of foreign Affairs of Ukraine.

The Ministry said that “by acceding to the International Convention for the suppression of the financing of terrorism, the Russian Federation undertook to prevent the financing of terrorism, but in Ukraine it is the opposite. Illegal armed groups in the Donbas have committed horrible acts of terrorism against civilians, using weapons from the Russian Federation. And Russia has violated its international obligations due to its inability to prevent the supply of arms by Russian officials and other Russian citizens to known terrorist groups.”

The foreign Ministry recalled that “the joint investigation team, in which the active participation of Ukrainian investigators and prosecutors investigating the Downing of Malaysia airlines flight MH17 has established that the missile system “Buk” that shot down MH17, were handed over to illegal armed groups in the Donetsk region of Ukraine 53rd flak military brigade of the Russian Federation through the uncontrolled section of the Ukrainian-Russian state border. With this and other Russian support, these groups attacked MH17, taking nearly 300 innocent lives; began the deadly rocket and mortar attacks on Ukrainian cities, including the attack on the checkpoint near Volnovakha and residential areas in Kramatorsk, Mariupol and the town; and placed bombs that blew up Patriotic marches, popular nightlife and other peaceful places on the whole territory of Ukraine.”

A gift to the Day of Russia. Evidence of Russian guilt in violation of Moscow’s conventions on financing of terrorism and on the elimination of racial discrimination Ukraine submitted to the international court of justice. Evidence is contained in 29 volumes and weigh up to 90 kilograms. The position of both parties will appear in court until July 2019. 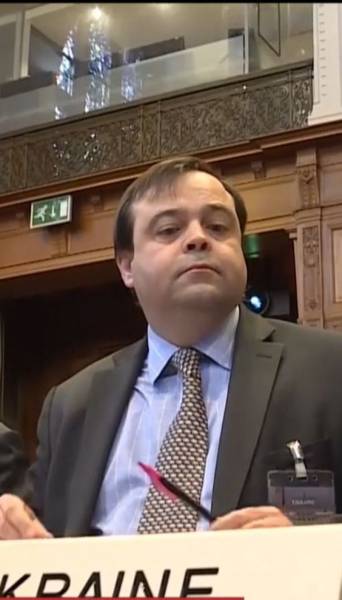 The Ministry recalled the racial discrimination in Russia annexed the Crimea.

“Similarly, the Russian Federation is obliged to eliminate racial discrimination, but does the contrary in Ukraine. In Crimea, illegally occupied by Russia, the latter supports a policy of racial discrimination and cultural destruction, directed against those ethnic groups who have dared to oppose the attempt of annexation. Russia crushed the political, civil and cultural rights of these groups, including through the prohibition of the Mejlis, the representative body of the Crimean Tatar community; the disappearance and murder of the Crimean Tatar and Ukrainian activists; the prohibition of cultural collections and the suppression of the media and limit the opportunities for teaching children in their native language”, – said in a statement.

Ukraine initiated a case against Russia in International Court of justice in January 2017. In April 2017, the court issued an order on provisional measures, which ordered Russia to refrain from restrictions on the rights of the Crimean Tatar community to maintain its public institutions, including the Majlis, to ensure access to education in Ukrainian, and not to worsen a dispute, which is pending in court.

“In his Memorandum, Ukraine demands that Russia immediately cease violations of international conventions on the suppression of the financing of terrorism and the elimination of all forms of racial discrimination and has paid Ukraine financial compensation for the damage done to Ukraine and the Ukrainian people as a result of violations of Russia”, – said the foreign Ministry.

Details about the requirements of Ukraine read on Tsna on this link.