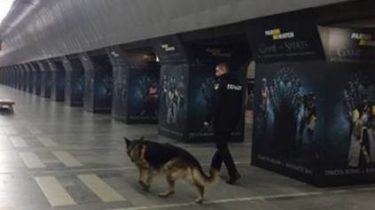 Kyiv metro received an anonymous call about a mining of four stations.

This was in the night of June 13, according to a Twitter company.

These stations are closed for passengers is checked.

We will remind, in February police in Kiev detained the malefactor who “mined” supermarket. 22-year-old man in a state of alcoholic intoxication, called the police and said that left a mobile phone Packed with explosives at the premises of the supermarket on the street of Marshal Konev. At the specified address I left it is investigative-task force, bomb experts and dog handlers. During the inspection of the supermarket, police noticed a suspicious next to a drunken man. And found that called it.