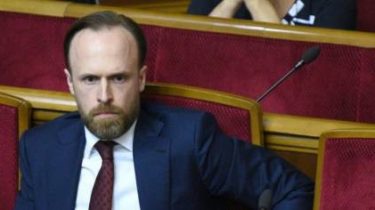 The Ministry said that the NAB has not asked Filatov to obtain information regarding possible illegal enrichment.

Deputy head of the presidential Administration of Ukraine Oleksiy Filatov has declared all of their income in accordance with legislation and ready to provide an explanation of the National anti-corruption Bureau, which suspects him of illicit enrichment.

This was stated by the press service of the AP, writes “Ukrainian truth”.

“In the Declaration of A. Filatova submitted to NACP in March 2018, provided all its income and assets that must be specified in it in accordance with the law. This Declaration served Filatov and other Deputy heads of Administration of the President of Ukraine, voluntarily”, – said in the administration.

At the same time in the presidential Administration noted that prior to the appointment to the post of Deputy head of the AP Filatov 18 years in private legal practice.

“Income derived Filatov to appointment to this position and confirmed the official data of the State fiscal service of Ukraine, significantly exceed the aggregate value of the assets it owns” – said the press service of the AP.

In turn, the administration assured that Filatov will provide all the necessary information on the legality of the sources of his income or of the grounds of acquisition of assets if the NABU will address this requirement.

According to the AA, currently, representatives of the Bureau was not asked to Filatov for any explanation.

Earlier, the NAB filed a case because of a possible corruption of the Deputy head of the presidential Administration. Previously it is that Filatov did not specify the son of the civil wife Anna and her law firm Aequo in its Declaration.