“We haven’t seen before”: the Ukrainian team impressed the jury and audience on “America’s Got Talent” 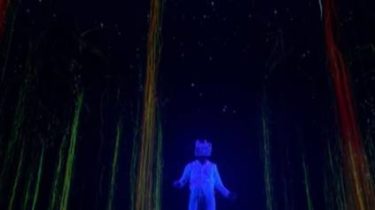 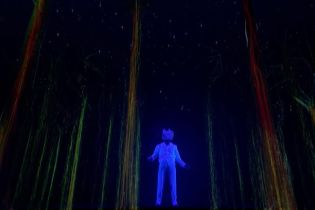 “We haven’t seen before”: the Ukrainian team impressed the jury and audience on “America’s Got Talent”

Video performance got millions of views and hundreds of rave reviews on social media.

The Ukrainian team Front Pictures got four Yes from the judges and positive feedback from viewers of the show “America’s Got Talent” (“America’s got talent”) and passed to the next stage of the competition.

The Ukrainians introduced the room The Escape (“Escape”). In the story, the performances, the main character gets into virtual reality with a beautiful and cheerful types. But then the system fails and people are forced to flee from unknown pursuers, overcoming many obstacles.

“This is one of the most incredible performances I have ever seen. I really, really liked it!”, – said the jury member, the supermodel Heidi Klum.

“Exciting to see things that we really never seen before. It’s like a journey into the future. It was absolutely,” added the show’s producer and one of the jury Simon Cowell.

Well-known member of the musical “Jesus Christ superstar,” shared his impressions from the vocal talents of Ukrainians

In a Facebook video with the speech of Ukrainians in less than a day was seen by more than 2.7 million times, and Youtube – almost 600 thousand. Users have left hundreds of enthusiastic comments.

“It seems that this gentleman is a time traveler. Incredible performance, some never seen before,” wrote one commenter.

“Splendid graphics I’ve ever seen in my entire life!” writes another user.

“The judges of AGT (“America’s Got Talent”), it deserves the “Golden button” (a button, which sends the contestant at once to the semifinals – approx. ed.). So many times we have seen similar performances, and they are all the same. But it was incredible! I can’t imagine the hard work they put into it. Such hard work deserves the gold,” writes a commenter under the video on Youtube.

On the staging worked Front Pictures, PROFI LTD. and Red Rabbit Entertainment. Performed on stage with choreographer Konstantin Tomilchenko. He – along with Alexander Bratkovsky is the Director of rooms.

We will remind, last year the team Light Balance from Ukraine after a stunning performance in the final show Omega’s Got Talent, took the third place. The group representing the unique neon show, entered the three of leaders of competition of talents. However, users claim that the Ukrainians were worthy of victory.