Agency Fitch has lowered its growth forecast for Russia’s GDP 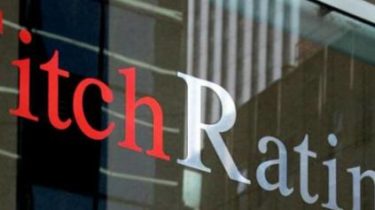 Agency Fitch has lowered its growth forecast for Russia’s GDP

International rating Agency Fitch downgraded the forecast of Russia’s GDP growth from 2 to 1.8% in 2018.

Analysts said the modest growth rate of Russian GDP in the first quarter of 2018 (at 1.3%). Economic growth will keep a careful budget policy and the growing purchases of foreign exchange by the Russian Ministry of Finance intended to isolate the ruble from the dynamics of oil prices, says Fitch.

The richest on the planet. The ranking of GDP per capita lead the country dwarfs

Recall that Fitch Ratings has maintained the growth forecast of Ukraine’s economy in 2018 at the level of 3.2% and forecasts an acceleration of economic growth in Ukraine in 2019 3.7%. Fitch notes that in 2017 Ukraine’s economy continued to show slight recovery, and estimates the GDP growth for the year by 2%.