Zhebrivskyi said about his dismissal 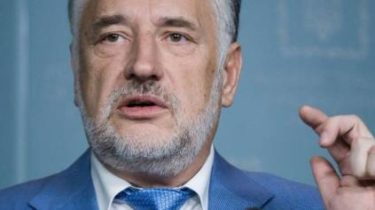 Zhebrivskyi said about his dismissal

The officer will remain in command of the President.

The former head of the Donetsk civil-military regional administration Pavel Zhebrivsky said that the decision about his resignation is personal.

“Nobody prepared my resignation. This is my conscious decision, and the President has understood and supported me,” said zhebrivskyi at a press conference in Kramatorsk.

According to him, tonight at 20:30 will meet with the President and there will be known about the upcoming posts. He said that remains the team President.

With regard to his successor zhebrivskyi said he offered the President two possible candidates.

Zhebrivskyi resigns as head of Donetsk HAV

“I think that it will be a decent man who will continue to develop this region,” said zhebrivskyi.

Ex-official expects that will be used and his experience and knowledge, attitude, straightness, however, there will be no one to work as a Deputy.

We will remind, on June 11 it became known that zhebrivskyi resigned. He said he gave a statement to the President, and he approved it. 13 Jun Poroshenko dismissed Zhebrivskyi from office. The President also awarded Zhebrivskyi the order of Prince Yaroslav the Wise.