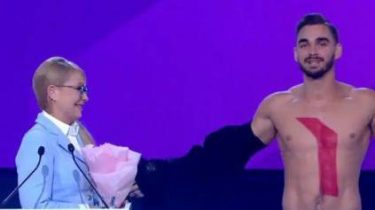 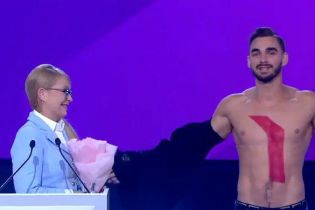 A fan gave the leader of “Batkivshchyna” bouquet.

These minutes in Kiev the Congress of supporters of the people’s Deputy and leader of the party “Fatherland” Yulia Tymoshenko, which once again gathered in presidents of Ukraine.

During her performances from the audience approached her male, presented flowers, and then took off her shirt. On his chest he had painted the logo of the campaign, Tymoshenko, and on the back the inscription” the New course of Ukraine” and the down arrow to the place on which you sit.

“Julia goes the wrong way”. A man who exposed himself near Tymoshenko commented on the act

Security in General does not interfere with the man to undress and it looked like a planned action.

A Striptease in front of Julia 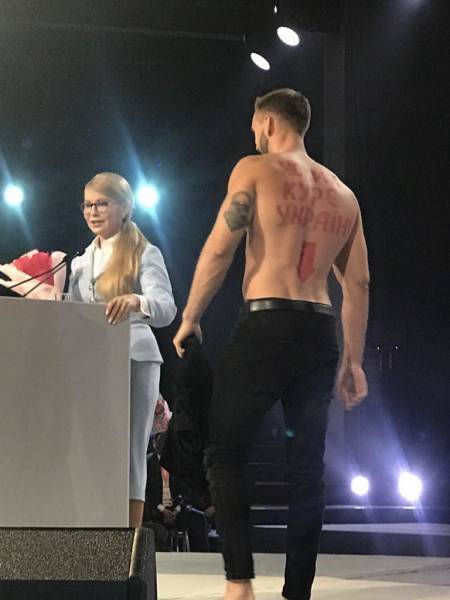