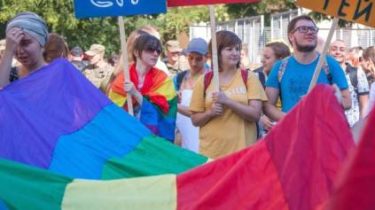 The equality March will be guarded by 5 thousand policemen

5 thousand law enforcement officers will follow the order on the Equality March in the capital, which will take place this Sunday.

One for each participant, according to the expectations. A March is planned on the same route as last year. From Bohdan Khmelnytsky street to the area of Leo Tolstoy. On Saturday night there will restrict movement of the car, and in the morning and subway stations – “Teatralna”, “Ploshcha Lva Tolstoho” and “sports Palace”.

The road itself will protect concrete blocks. And at the entrances to the starting point of the March will set of the metal detectors.

In addition, security forces are actively monitoring social media. First of all notes against the March. And though no shares as opposed to planned, in sudden emergencies, the security forces say ready.

“We will decide depending on those events that will occur. Which group to attract the police to react to every situation that will occur. Of course under the reserve and special forces,” says Spring.