The pressure on Russia, political prisoners and the Donbas, about Poroshenko said with Macron 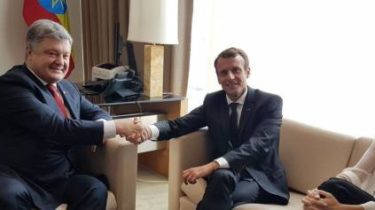 The pressure on Russia, political prisoners and the Donbas, about Poroshenko said with Macron

They agreed on further contacts in the Normandy format.

The President of Ukraine Petro Poroshenko held a telephone conversation with President of France Emmanuel Macron.

As noted, the two sides discussed the security situation in the Donbas and the necessity of UN peacekeeping missions throughout the occupied territory.

The presidents welcomed the resumption of the meeting in Normandy format at the level of foreign Ministers and agreed to continue contacts in this format to ensure the implementation of the Minsk agreements.

In turn, Poroshenko urged to increase pressure on Russia for the early release of all Ukrainian hostages, including Oleg Sentsov, Roman Sushchenko and Vladimir Baloga.

The Ukrainian Ombudsman was not allowed to Sentsov

The President of France congratulated the President of Ukraine with the progress in reforms and especially with the adoption of the Law “On Higher anti-corruption court.”

The two sides also discussed the preparation of summits Ukraine – EU and Ukraine – NATO, which will be held in July in Brussels. Poroshenko and Makron expressed satisfaction with development of bilateral economic relations. The President of Ukraine invited the President of France to visit Ukraine for a visit.

We will remind, in may the President of Ukraine Petro Poroshenko held a meeting with leaders of the “Channel format”, however, the head of the Kremlin Vladimir Putin at the talks was not. During the meeting discussed reforms in Ukraine and agreed on positions before the negotiations with Russia about the status of the implementation of the Minsk agreements on Donbass.

Meeting of Ministers of foreign Affairs of Germany, France, Ukraine and Russia lasted for more than 4 hours is significantly longer than planned. After the round table talks, the conversation continued during the dinner. All the parties agreed about the long silence regime, the withdrawal of heavy weapons, the withdrawal of troops, demining in the region and the protection of OSCE observers. The issue of peacekeepers will continue to discuss. 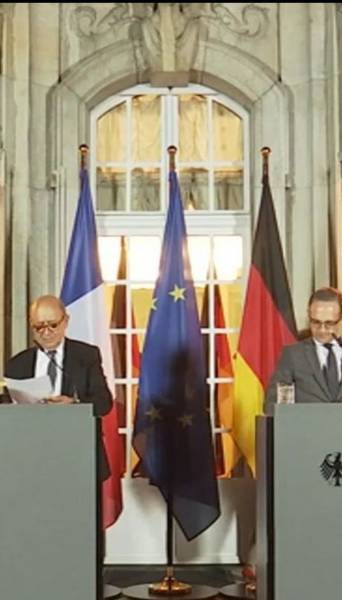