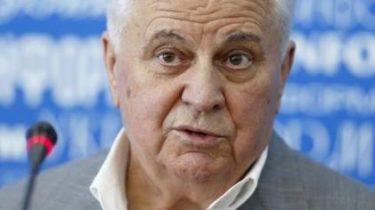 According to the former President, the hunt was sanctified by the priest.

Deprived of the title of President of Ukraine Viktor Yanukovych every Saturday they organized a hunt in his hunting residence in Sukholuchye, where he invited the then “political elite” of the country.

This was stated by the first President of Ukraine Leonid Kravchuk in an interview with “Ukrainian truth”.

“Yeah, I went with him (Viktor Yanukovych – ed.ed.). He has invited. It was next to Mezhyhiria, Sukholuchchia. Hunted almost every Saturday. But I don’t always come, because there are different mood. For hunting should have a good mood. I was not with Yanukovych in the car. I sat in my car and arrived there on his own. There were other people. Hunting has always been a man around 20”, he said.

According to Kravchuk, hunting has never been the sons of Yanukovych.

“There were friends of Yanukovych, whom he well knew. Always was Kuchma, Pinchuk, was often smartly. Novinsky came, occasionally Klyuev came. Yaroslavl was, was still young Kharkiv this guy… Kurchenko. Lyovochkin was never”, – assured the ex-President.

Kravchuk also said that every time before the hunt gathered in a hunting Lodge, where he was coaching specialists, who are told how to stand, where to shoot, one that does not shoot, and then discharged where it is hunting.

“The chapel there was. Before and after the hunt came into this chapel. There was a priest, he was consecrated to hunt was wild. When dusk – finished and went into the house to dinner. Drank a little bit. Someone’s been drinking more, some less. But frankly I do not remember that someone was drunk, because this audience, the presence of the President, former presidents, Deputy Prime Minister”, – he concluded.

We will remind, earlier Prosecutor’s office of Kiev region defended in court of cassation instance the return of illegal possession of forest land worth more than UAH 7 million and an area of 17.5 hectares in Sukholuchye.