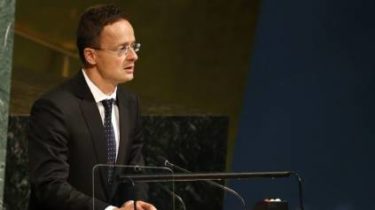 The details of the negotiations the Hungarian government was not disclosed.

At the end of this week will host the intergovernmental high level meeting between representatives of Ukraine and Hungary regarding the disagreements that arose after the adoption in September 2017, the new Ukrainian law on education.

This was stated by Minister of foreign Affairs of Hungary Peter Siarto during a speech at the conference on the occasion of the 20th anniversary of the signing of the framework Convention for the protection of national minorities and the European Charter for regional or minority languages on Monday, June 18, in Strasbourg.

The Hungarian Minister noted that this will be the first meeting of this level since then, as the dialogue between Kiev and Budapest escalated the dispute over the Ukrainian law, however, did not specify the details of future negotiations. 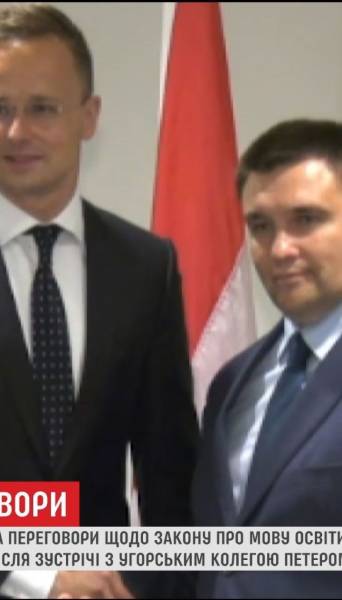 “Unfortunately, today you are involved in a conflict with our neighboring country, which violate the rights of Hungarians,” said Peter Siarto.

According to him, Ukraine is home to more than 150 thousand Hungarians, who until recently had the right to receive education in their native language, but after the adoption of the new law on education “they lost that right”. “This is the situation, when reduced existing rights of national minorities”, – said the Hungarian Minister.

He also stated that in the opinion of the Venice Commission on the law clearly stated that such laws shall be adopted after consultation with representatives of national minorities, and the law against which the protest of the minority, can not be implemented”.

Peter Siarto acknowledged the role of the Council of Europe in protecting the rights of national minorities, but stated that these rights “not just talk”. In his view, international organizations should have at their disposal the tools, which should force the parties to fulfill” the framework Convention for the protection of the rights of national minorities and the Charter for regional or minority languages.

“Geopolitics may not be the reason to not execute these agreements,” said Sarto. He also noted that the protection of rights of national minorities – “the main focus of Hungarian foreign policy.”

Ukraine adopted a new law on education in September last year. In article 7 of this law States that children from families of ethnic minorities starting in 2020, will receive education in their native language in secondary school from first to fourth grade, then the educational process will continue in the state language. Language article caused international criticism, particularly from the side of Budapest. Hungary has stated that it will block Ukraine’s relations with NATO and EU if Ukraine will not postpone the implementation of the education act.