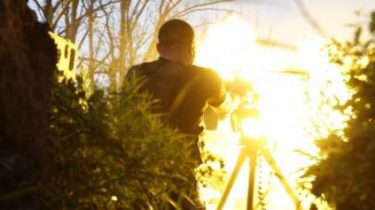 One of them posted a photograph in which the targets were set their location.

The command of the combined forces in the Donbass once again recorded the presence of the military of the Russian Federation in the war in the East of Ukraine.

“Published a photograph of military armed forces. The photo was taken 13.06.2018 year on the territory of Novoazovsk wind farm on one of the wind turbines, confirming that there are guidelines: No. 1 – wind turbine; No. 2 – wind turbine; No. 3 – curve field-protective forest plantations; No. 4 bending of shelter forest belt”, – stated in the message.

It is noted that the picture shows a complex electronic reconnaissance of Soviet production, which is a man in a military uniform of the Russian sample.

About the author, the Command OOS believes that he is too young for the local fighters, as well as the advent of photography may indicate his belonging to the regular army of Russia, as the local members of illegal armed groups is strictly controlled on the photos that unmask the position.

Recall, for Monday, June 18, on Donbass fighters 28 times opened fire on Ukrainian positions in the six cases of the heavy weapons. According to intelligence reports, during the fighting had destroyed one armored combat vehicles of the enemy and the truck GAZ-66, 5 occupants were injured.

Videodoes Ukrainian military got wounded on the Eastern front

It happened during a grenade attack near Avdiivka and opytne. On the sea of Azov fighters beat with mortars from Starognatovka, Chermalyk and Lebedinsky. According to the headquarters Operations of joint forces, for the last day of active fighting was going on near Novotoshkivske in Luhansk, and Verhnetoretskom in the Donetsk region. 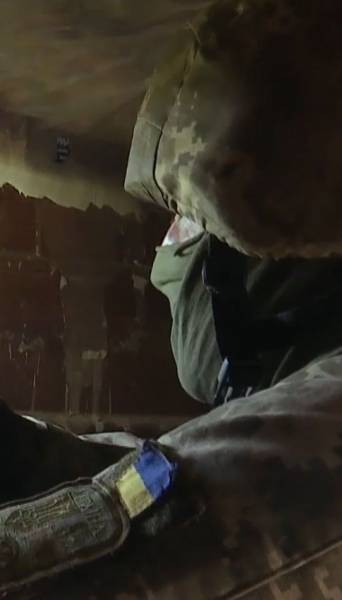