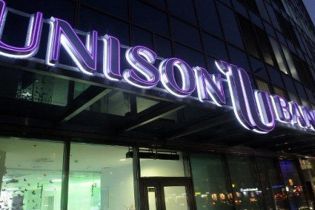 The national Bank of Ukraine adopted a decision to revoke the banking license and liquidation of PJSC “Bank “unison”.

The proposal to eliminate received from the Deposit guarantee Fund of individuals. There are not found ways to leave the financial institution on the market.

Recall that “Bank “unison” has been considered insolvent by 28 April 2016. Then it was reported that since mid-2014, the NBU has repeatedly drawn the attention of “Unison” on the incompatibility of the structure of its ownership to the transparency requirements. Then the Bank’s shareholders were 11 companies registered in Cyprus, and none of them owned a share of 10% or more of the share capital of the financial institution.

The heads of the Bank from mid-2015, claimed to bought it from the previous owner, but the packages that they submitted to the NBU for approval of acquisition of significant participation in the Bank, the regulator agreed because of the inconsistency of the financial status of applicants to the requirements of the legislation in terms of confirmation of source of funds.

The Bank then said that means 98.3% of the depositors of the Bank “unison” will be reimbursed by the Fund for guaranteeing deposits of natural persons in full, which will be about 127 million.

Bank “unison” is associated with the ex-Minister of incomes and fees Oleksandr Klymenko. Read more about his business in Ukraine after fleeing read on Dnia this link.