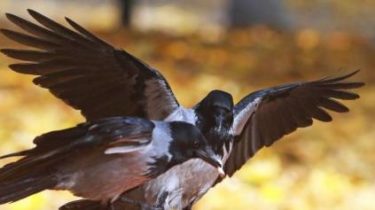 People of complaining about the behavior of birds, and experts have their own explanation for the phenomenon.

In the capital, frequent attacks of birds, and the yards were rumors that the crows for something revenge people. Birds attacking, beak beat people over the head and steal points, says the story TSN.19:30.

“Once that happened, I grabbed his head and slightly to the side,” says the victim from Kiev. A blow on the head of a crow struck him from behind, twice. It was the morning, the man was sitting on a bench in the Park, drank coffee, and was attacked when he stood up. The blow is strong enough – with crackdown attacks on his head and beats its wings. Began waving his arms, and she just flew off and sat on the pillar and watched what was happening. Why me? Well, who knows. I hope that the money will be” jokes Igor Lyashenko.

In the capital a few weeks frequent attacks of birds. Courtyards were rumors that this has not happened, and the crows for something people revenge. Others suggest that just the number of birds has increased significantly. So why did the ravens choose a victim of people like to fight next in the story. 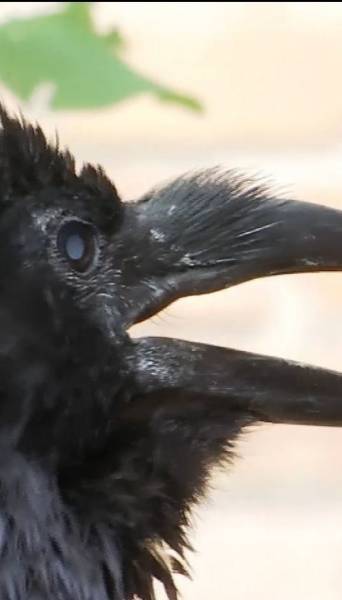 At Olga Tikhonov a bird attacked near the house. “I went to the store, suddenly hit on the head and turn the head to the Raven. I was afraid, because the claws in the head,” she said. And such situations are not uncommon: the people of Kiev told about the broken head of a man, and about the stolen sunglasses women, and beaten about the eyes of the puppies that was attacked when the dog moved away from the kids.

Ornithologists say that crows are attacking brilliance very rare, out of curiosity, and often a threat to determine when the nest and Chicks learn to fly – this period has already completed. More rarely, the reason the attack can become crows revenge. From Kiev, who was attacked by a bird in the Park, recalls how a year ago I played with black. “I was bored so threw in a crow gorobinci, she was sitting nearby. That kind of fun. It does not hurt the bird does not happen, it would have flown away,” he said. But experts say that these birds a good memory, and if there were cases when the man showed aggression – they remember and then can even attack.

Black crow hamlet lives with Maria in the river 11 years because they had once out of the nest. The hostess is confident that the magical signs of these birds invent people. Actually, this is a crook – he can talk and is the right partner. “To train and obeys only one master. He will have a depression, if it leave”, – says the hostess.

The experts add that more birds did not – in Kiev more than 100 thousand crows in the country to one million. Meeting people frequent simply because birds migrate to the big cities where they are easier to eat.