In Russia ended with the boom of the middle class. There are or poor, or rich – Bloomberg 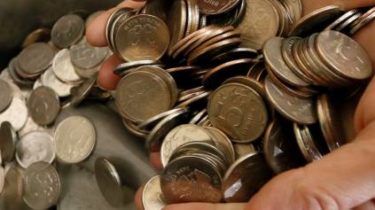 In Russia ended with the boom of the middle class. There are or poor, or rich – Bloomberg

The middle class consider themselves to be only 19% of Russians.

In Russia decreased the number of middle class people are not able to save money, take out loans, and the economy is picking up slowly.

The Russians are now unable to save the smallest share of revenues, which could delay since 2000 – when came to power Vladimir Putin. A quarter of Russians believe that now is the time to save money. This writes the Agency Bloomberg.

“People understand that saving money is good. But they don’t have enough resources. Their incomes are used for consumption, which has been delayed too long,” says head of Department of studying of incomes and consumption, “Levada-center” Marina Krasilnikova.

At the same time, the growth of real wages and incomes slowed more than analysts had forecast. So the Russians are forced to go into debt to spend money after years of spending cuts.

The IMF gave a disappointing forecast for the economy of Russia

In may, Putin signed a new decree “On the national goals and strategic objectives development of the Russian Federation for the period up to 2024”. They are talking about demanding the government to reduce twice the level of poverty in Russia, as well as to make a breakthrough in the standard of living of the population. Credit Suisse notes that household incomes are concentrated in the hands of the richest 10% of the population. Among the major world economies with Russia similar to the situation in the United States.

Meanwhile, the Russians are actively taking money from deposits. During the first quarter of 2018 deposits less 100 thousand roubles, decreased by 10%. The average size of term accounts in banks amounted to 167.6 thousand rubles. Only increased the volume of deposits in the amount of 1 million rubles.

Russia had a chance to double (to 60%) middle class during the oil boom, and consumer demand could become the engine of the economy. According to the survey of the analytical center NAFI, currently the middle class that can afford to buy furniture or appliances, consider yourself only 19% of respondents.

Recall that Fitch ratings downgraded the forecast of Russia’s GDP.