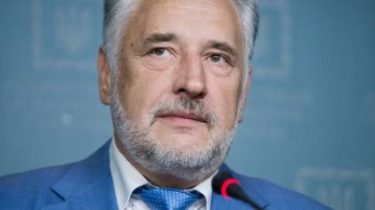 The yet warned that they are going to appeal the designation in court.

The former head of the Donetsk regional military-civil administration Paul Zhebrivskyi was appointed auditor of NABOO in violation of the law.

This was stated by the lawyer of the Center of counteraction of corruption Elena Serban.

“The appointment of the auditor of NABOO in violation of the law can be challenged in court,” she said.

According to Serban, according to the law “On the National anticorruption Bureau”, auditor of NABOO must have experience in law enforcement or judicial authorities abroad or in international organizations.

“Pavlo zhebrivskyi, according to his official biography, this experience abroad or in international organizations has not. Therefore, if information about the presence of a foreign or international experience will not be documented, we will go with the collective lawsuit from anti-corruption NGOs in the court,” the lawyer added.

As noted by the GIC, Zhebrivsky, a longtime ally of Poroshenko, which, according to fighters, helped Zhebrivsky in the early 2000-ies to become the first Deputy of the incumbent in the party “Solidarity”, and then in April 2005 to lead the Zhytomyr regional state administration, and in 2015 to become head of General Prosecutor’s office.

We will remind, on June 19 Poroshenko has signed a decree appointing Zhebrivsky, who a few days ago resigned from the post of Chairman of the Donetsk regional military-civil administration for the post of auditor National anti-corruption Bureau of Ukraine.

Center of counteraction of corruption