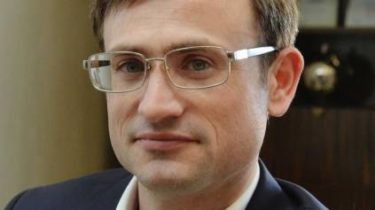 Because of the uncertainty with the licensing of lottery operators, the Ukrainian lottery market may lag behind the European in a decade.

About this in his interview with “RBC-Ukraine” said the General Director of the UNL Andrei Bochkov.

“The lottery market of Ukraine in terms of organization is fundamentally no different from other European countries. However, between the two markets, there is a deep chasm in another plane, in which the technological gap could soon become ten years”, – he said.

“Somebody might say that can work so. However, in practice, no investor can invest in a disordered market, especially when it comes to lotteries. This leads to the fact that investors UNL can’t invest in the modernization and reorganization of the company, and the company cannot develop. In addition, no international Corporation is unable to deliver the equipment on the unregulated market, because their policy provides for the delivery of technology only on regulated markets in order to avoid any reputational scandals,” he stressed.

As noted by Bochkov, UNL has repeatedly affirmed that agree to abide by all the rules of civilized activities, and will continue to adhere to this position.

“The lottery market of Ukraine needs attraction of investments, implementation and development of new lottery platforms, updated assortment of lotteries, replace equipment, the introduction of new mechanisms of control and accountability for public authorities. To begin with, to stop baseless accusations lottery operators that are heard from various politicians and officials to approve the license conditions, changes in legislation, if necessary, and to issue licenses to operators. And then the market situation will qualitatively change,” – said the General Director of the UNL.

Previously the owner of UNL, the British businessman Michael John Foggo has denied reports in the Ukrainian media about the fact that the beneficiaries are the Ukrainian politics UNL Alexander Tretyakov, Gleb zagoriy, the businessman Boris Lozhkin, and Tretyakov is an option to purchase shares of the company.

“I don’t know any of these people. Yeah, I saw some articles in the Ukrainian media alleging such nonsense. I want to emphasize: I am not affiliated and may not be associated with Ukrainian politicians. And, incidentally, lawyers UNL are working on all of these false publications. For example, some media claimed that the company tried to capture by the raider. But before the purchase I of course checked with the help of lawyers absolutely everything about UNL, and I can assure you that the information about raider capture – not true. Information about the presence of someone of the option to purchase the shares of UNL is also an absolute fiction. Conducted financial and legal audit showed that there are no rights of third parties and other restrictions on the company’s transition into my property,” he said.