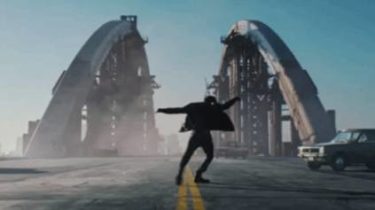 The idea of the movie is that each person has their drawbacks.

“The idea belongs to the French production Division and Director Francois Rousselle. The concept was developed by advertising Agency Publicis. And the story of the roller – liability Francois. It has a “Cannes lion”. With Russol we have worked earlier in project Dior. In addition, he has worked with Nike,” says producer Family Production Nikita Bukovsky.

According to him, the idea of the movie is that everyone has their flaws, but this should not be ashamed of and you have to be yourself.

In the video there is footage on Podolsko-Voskresensky bridge in Kyiv. Main location of the Assembly room is the national University of theatre, cinema and television named after Ivan Karpenko-Kary. The airport was reconstructed with the help of decorations in the Building trade in the Lviv area.

In recent times Kiev has become a location for filming creative advertising. In particular, at the Kiev station was filming a commercial for a new-generation Apple Watch. What is filmed in the Ukrainian capital, see the selection of website TSN.ua.