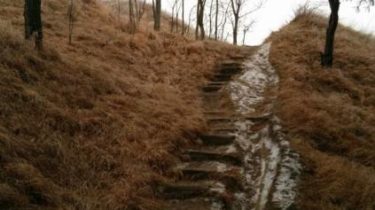 Ammunition is destroyed on the ground.

In Kiev on the Bald mountain Vialli a mortar mine of times of world war II.

“During a routine inspection of Lysa Gora Park in the Goloseevsky district, employees of the first special center of rapid response and humanitarian mine action was discovered a mortar mine of as-76 mm, during the Second world war”, — informs the State service for emergency situations.

In Kyiv, the working group is to protect the rights of the Roma after the dissolution of the camp on Bald mountain

Fireworks destroyed ammunition on the range.

From the beginning of the year in the city of Kiev were seized and destroyed 649 units of different-sized explosive subjects of times of the Second world war.

The defeat of the Gypsy camp on Bald mountain: there was a video

Earlier in the Luhansk region the military personnel of the Department of “Happiness” Lisichansk squad together with the National police and SES defused a cache of grenades and ammunition. Explosion hazards objects found close to the railway station checkpoint of entry-departure “Horodna”, 300 meters from the line of contact.