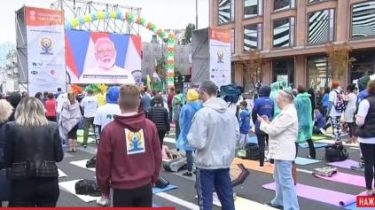 In the center of the city gathered enthusiasts of Eastern practices.

In Kiev on the Khreshchatyk the people who practice yoga, gathered together to listen to a public lesson from the Ambassador of India in Ukraine. There is also planned to establish the European record for the number of people that are practicing yoga, according to a story TSN.19:30.

Open lesson began with dancing and telepathine from the Prime Minister of India. This showed many of the same events in different cities around the world, particularly in new York’s times square. On stage in Kiev came as the singer Natalia Mogilevskaya. “Very little attention we pay to that, and who I am, what I want. And very little attention to their health – both psychological and physical. So yoga for me is health of body, mind and spirit,” she explained.

World record practice of yoga belongs to India – there are fixed classes 52 thousand people at a time. In Ukraine last year on the occasion of yoga gathered a half thousand. This time the organizers plan to beat that achievement, and even the establishment of the European record, however, the weather has confused all the plans the city was cold and rainy. But even so, yoga on Khreshchatyk came a 732.

Video settings in Kiev, hundreds of people gathered under the open sky in the rain to practice yoga

On Khreshchatyk people who practice yoga, gathered together to listen to a public lesson from the Ambassador of India in Ukraine. 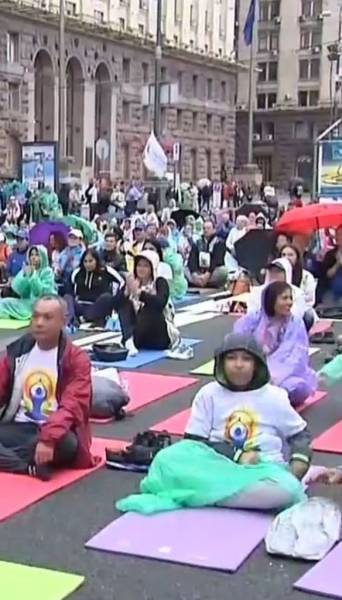