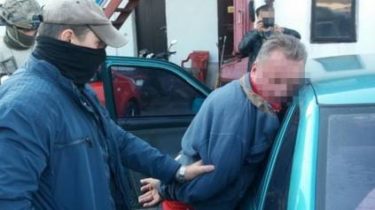 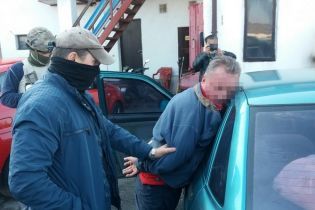 The officer was a traitor © SBU

A former major in the Armed forces of Ukraine to cooperate with Russia, fulfilling the instructions of the General staff of the Russian Federation of the Ukrainian military recruitment and transfer of enemy information.

The former officer went to Russia after the Russian aggression in Ukraine in 2014. There he was recruited by military personnel of Russia.

“From his handler GU General staff of the Russian Armed forces the attacker got the mission to return to Ukraine to recruit soldier APU. He had to organize the collection and transfer of Russian military intelligence information about the mobilization of forces ATO in the Donetsk region, list the structure and dislocation of divisions of Armed Forces of Ukraine, which perform tasks in the area of Mariupol, the state of combat and mobilization readiness of troops of expeditious command “North”, having state secret”, – stated in the message.

The traitor was arrested in October 2016 in Rivne while trying to obtain secret documents on combat and mobilization readiness for a reward.

SBU prevented a man-made disaster in the South-Ukrainian NPP

The court found the former mayor guilty and sentenced to 14 years in prison, deprived of officer ranks.

We will remind, on one of the checkpoints in the Kharkiv region SBU detained a local resident, who tried to export to Russia items of aircraft enginesused in Russian military and passenger aircraft.