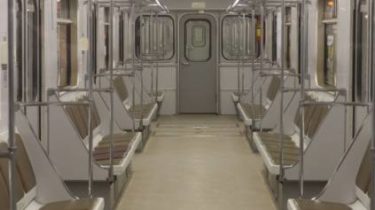 The account of the Kiev metro blocked by the courts.

The work of the Kiev metro was under threat. The company owes 1 billion 833 million hryvnia for 100 cars purchased in leasing. Therefore, through the courts previously blocked accounts of the underground, and now the work of banks (cash).

The city Council adopted the decision “On measures aimed at ensuring the municipal enterprise “Kyiv metro” seamless transport service to residents and guests of the capital”. It should allow to prevent traffic jams in Kiev. In particular, the document does not provide for a refund of debt of the company “Ukrroslizing”, and will allow the head of KP “Kiev underground” to begin negotiations on the options and possible restructuring.

In the metro in a critical situation with the arrest of accounts Executive service of the Ministry of justice of Ukraine on the leasing contract of 100 cars. A contract for the acquisition was agreed upon by the deputies of the city Council in 2009. Several months later, the parties entered into a supplemental agreement to include in the contract a so-called correction factor. Simply put, Metropolitan has pledged to compensate “Ukrroslizing” all costs associated with the delivery of the railcars in the lease, if the agreement will not be executed until the end. It just happened. “Ukrroslizing” put underground 100 cars purchased from Krukovka carriages and Russian “VAGONMASH” and “Metrovagonmash”. Kiev subway paid the vendor part: with the principal amount of the contract in UAH 1.4 billion debt metro is more than 500 million UAH.

“Ukrroslizing” filed a lawsuit in the court of Metropolitan lost all instances. The amount of the penalty – UAH 1.96 bln. Of these, 774 million UAH – principal debt under the agreement, including penalties, interest for the use of the leased asset, and the inflation accrual. Nearly 1.2 billion – the result of the adjustment factor, included in the contract after its signing.

The final decision on the case issued the Kiev economic court of appeal on 31 January 2017. Subsequently, from the Metropolitan force had collected in favor of “Ukrroslizing” more than 140 million UAH.

“Kiev underground” tried to challenge the debt before the “Ukrroslizing” in the Supreme economic court and the Supreme court, but lost the argument in all instances. Have written off only about 42 million UAH of fines.

Kiev authorities have asked the national security Council to include “Ukrroslizing” in the sanctions list, but that did not happen.

From March 16, 2017 account of the underground is blocked by the decision of the court. Since the end of June 2018, the Executive service of the Ministry of justice of Ukraine seized on the work of banks, which provided for the closure of metro stations and could cause traffic jams in the city. Was blocked the payment of wages to the staff.

In early 2018, the new and sole beneficiary “of the Ukrroslizing” was the Ukrainian-Russian businessman Pavel Fuks. Previously, this company was associated with the environment of Viktor Yanukovych and Russian state-owned Vnesheconombank (VEB).