The owners of “EuroBLECH” voiced demands at the protest in Kiev 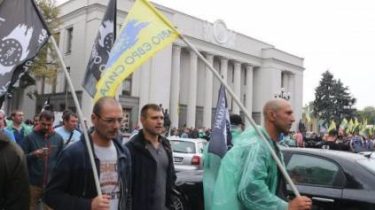 The owners of “EuroBLECH” voiced demands at the protest in Kiev

Activists claim that the rally will be indefinite.

Owners of vehicles with European registration, which came out to protest in Central Kiev, demanding to cancel the decision of the Cabinet of Ministers about the extension of police powers and make the laws available on the customs clearance of the car.

This was reported by the TSN reporter from the scene.

Videovaganza “EuroBLECH” blocked traffic in the center of the capital

The city center of the capital blocked. Government quarter – is filled with owners of so-called “EuroBLECH” cars with European registration. Protesters gathered from across the country. Protesting, say, against the tyranny of the police eurobserv in the regions, like, it’s more likely to stop without any reason. 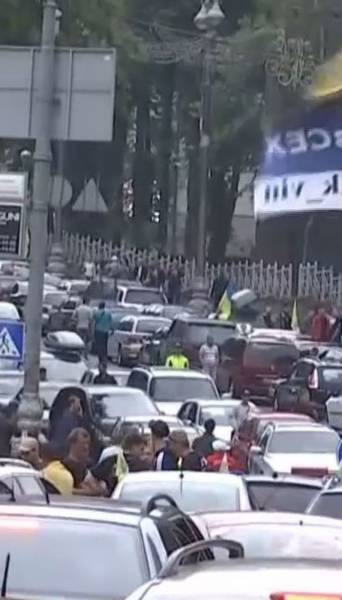 “Two main requirements: a review of the order of the Cabinet of Ministers about the extension of the powers of the police car with European registration and the possibility of customs clearance of cars”, – said the activists.

Note, we are talking about the resolution of the Cabinet of Ministers of 20 June No. 475, according to which the police got access to the customs database “Inspector-2006”.

According to activists, the action is perpetual and will continue only in the government quarter.

Recall, June 15, the Parliament introduced two bills No. 8487, No. 8488 on registration in Ukraine of vehicles foreign numbers developed by the Committee on taxation and customs policy, which include reduction of customs taxes for registration of vehicles in avtonomera, as well as the lifting of the ban on customs clearance of machines that are not sootvetstvuyut standards Euro-5.

As of Wednesday morning, the center of the city is paralyzed because of the action of motorists.