Increased pressure on Russian and Ukrainian political prisoners: what Poroshenko spoke with Macron 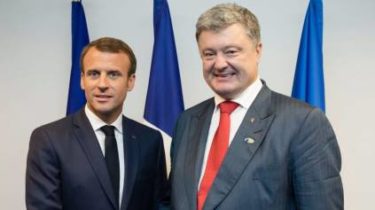 Increased pressure on Russian and Ukrainian political prisoners: what Poroshenko spoke with Macron

The leaders agreed on further steps to ensure the implementation of the Minsk agreements.

One of the leading themes of the meeting of the President of Ukraine Petro Poroshenko with President of France Emmanuel Macron was the consolidation of international efforts and the increased pressure on Russia for the immediate release of all Ukrainian political prisoners, in particular Oleg Sentsov, Roman Sushchenko and Vladimir Baloga.

It is noted that the discussion that took place in the framework of the working visit to Brussels, the leaders also discussed the security situation in the Donbas and agreed on further steps to ensure the implementation of the Minsk agreements and the introduction of a UN peacekeeping mission.

“Our General position is that it is necessary to intensify the process of negotiations in the Norman format”, – said Poroshenko.

Earlier the President of Ukraine Petro Poroshenko met with his American counterpart Donald trump on the sidelines of the NATO summit in Belgium. It became known what he was talking about presidents. Among other things, the two leaders discussed the US strategy on the fight of trump and Putin.

The situation in the Donbass remains a serious and particular responsibility on Russia. This was stated by NATO Secretary General during a meeting with President Poroshenko. Jens Stoltenberg, has once again confirmed Alliance condemns the illegal annexation of Crimea. Today in Brussels Petro Poroshenko could meet with the President of the United States – Donald trump. 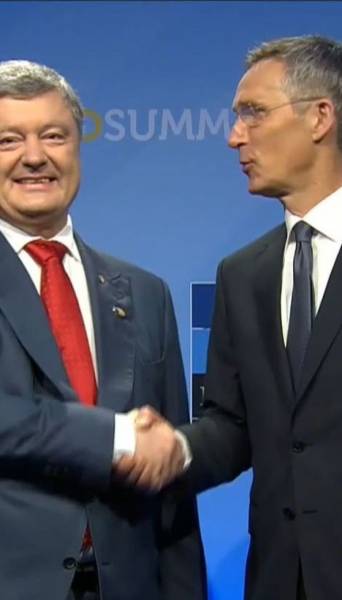