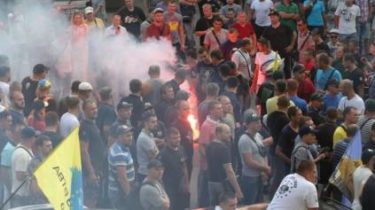 The man was taken away ambulance.

Thursday evening, July 12, in the government quarter car ran over a man who took part in the protest car owners-“EuroBLECH”.

The injured man was taken away by the ambulance. His condition is unknown.

Meanwhile, “euroshare” blocked Parliament and broke the car of the Chairman of the Committee.

We will remind, in the center of Kiev for the second day protesting the owners of the so-called EuroBLECH. The protesters are demanding cancellation of the decision of the Cabinetin which police have access to the customs database, so you can check the legality of stay “EuroBLECH” in Ukraine. A second requirement is the adoption of the law on easing of customs clearance. 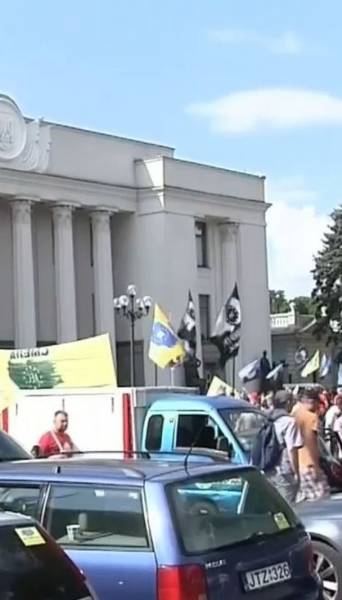