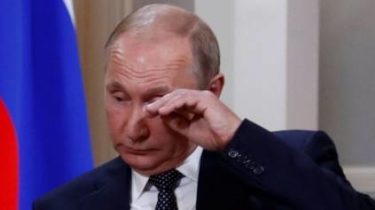 The Russian President said trump’s role in the denuclearization of North Korea and South Korea.

The resolution of the conflict between North Korea and South Korea began through the intervention of the President of the United States Donaly trump.

The President of the Russian Federation Vladimir Putin said at a joint press conference with trump in Helsinki.

“Well, that is gradually beginning to address the issue of the Korean Peninsula. This is largely made possible by the fact that the question of settlement was joined by President trump, building dialogue in a spirit of dialogue and not confrontation,” – he stressed.

At the same time, Putin noted that Russia is concerned about the US withdrawal from the joint comprehensive plan of action on Iran’s nuclear program.

“The American side knows our position, it remains unchanged. I note that the nuclear deal Iran has become the most check country in the world under IAEA control,” – said the Russian President.

In his opinion, this effectively ensures the exclusively peaceful nature of Iran’s programme contributes to the strengthening of the nonproliferation regime.

We will remind, earlier Putin declared that the US President, Donald trump insisted during the talks on withdrawal of Israeli and Syrian forces in the Golan heights.